This page is for the operational history of ZE360

“AAR 2-69A, F-4J’s BUNO’s 155574 and 153826. This accident occurred on 6 March 1969 and resulted in DELTA damage to both aircraft. Following a launch from NAS Oceana on a four plane conventional ordnance flight, the aircraft collided during a lead change after formation rendezvous off-target. Both aircraft landed without further incident.”

The following is the same mishap and comes from the Navy Safety Center’s Approach Magazine. My info in square brackets.

“During a hung ordnance check Phantom No. 1 [155574 Rieke] dropped back to check Phantom No. 2 [153826 Husak], while both aircraft were in port turn. Following the check, No. 1 advised No. 2 that he was moving up on the starboard side to resume the lead. F-4 No. 2 failed to hear the word “starboard” and continued to look to his left. He did not acknowledge No. 1’s call because he did not have him in sight.
No.1 Phantom rolled wings level as he passed No. 2 on the right side. Simultaneously, No. 2, unable to find No. 1 on the port side, rolled wings level. The two aircraft collided with No. 1’s port stabilator contacting No. 2 just aft of the ram air intake. Jet exhaust from No. 1 induced an immediate flame out of No. 2’s starboard engine. A relight was obtained, however, and both aircraft were subsequently landed with only minor damage.”

……. and finally from a McDonnell authored Mishap listing:

“After completion of a practice bombing mission and during a hung ordnance check aircraft 153826’s right refrigeration intake duct came into contact with the left stabilator of aircraft 155574.”

(with many thanks to Peter Greengrass for supplying these details) 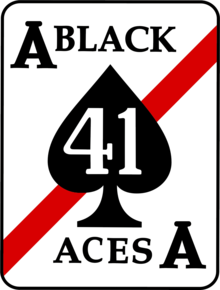 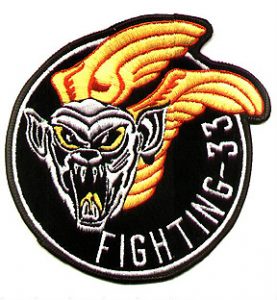 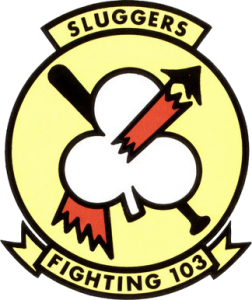 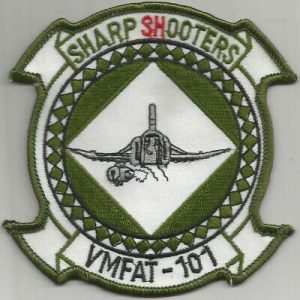 Click the link below for the data cards of 155574`s time with the US Navy. 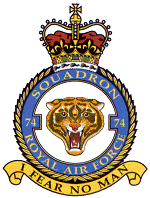 May 2019 Purchased for Restoration by 74 Squadron Association and British Phantom Aviation Group.