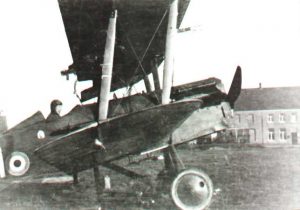 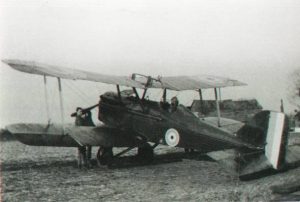 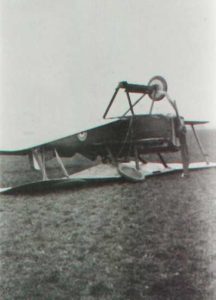 An SE5 – the aircraft which 74 took to France in the final months of the First World War and where the squadron earned its reputation for tiger-like tenacity and ferocity in combat. At this time 74 counted amongst its numbers names such as Mick Mannock, Ira `Taffy` Jones and Keith Caldwell.  Another view of an SE5 – this time with Twist Giles in the cockpit. Training was not without its mishaps – Twist Giles wrote off several aircraft in the course of it including SE5 D263 on 16th March 1918 at London Colney. 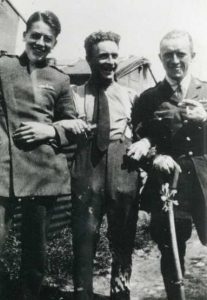 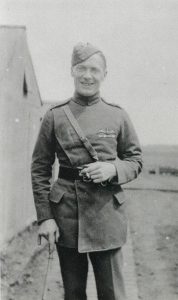 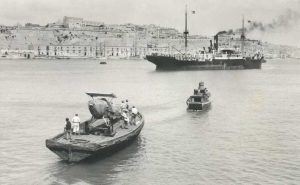 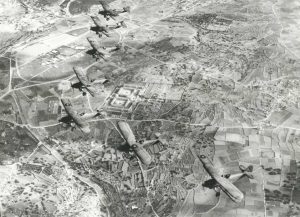 74 reformed in 1935 whilst en route to Malta as part of government plans to strengthen the country’s presence in the Mediterranean in the light of Mussolini’s rise in Italy and the flexing of his muscles in Abyssinia. Here the squadron’s Hawker Demons are unloaded from the SS Maihar in Grand Harbour, Valetta.  Demon Flight over Malta. Note the effectiveness of the camouflage and the varying position of the roundels on the upper wing surface. 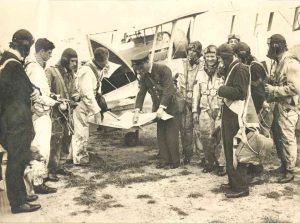 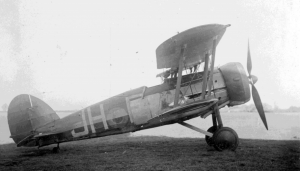 Back in the UK at Hornchurch a sortie briefing is being undertaken by the CO Sqn Ldr D S Brookes as pilots cluster round one of the squadron’s ageing Gauntlets. By this time the Gloster design, which 74 had taken on charge on its return from Malta, was becoming old, tired and unreliable and 74 cast envious eyes across the airfield to 54 and 65 Squadron with their newer, bigger Gladiators.