THIS PAGE IS DEDICATED TO THE MEMORY OF

The following history has been kindly provided by –Doug Tidy 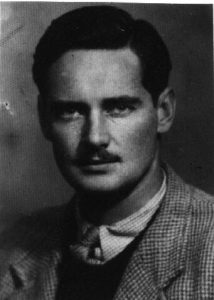 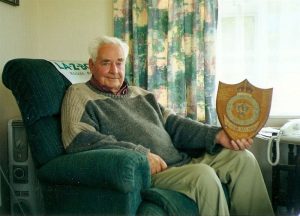 James Chilton Francis Hayter DFC*, always known as “Spud”, was a New Zealander who joined the RNZAF in 1938, and in 1939 came to England and was posted to 98 Squadron flying Fairy Battles, Then he went to 103 Squadron in France, and in June 1940 the Squadron was withdrawn from France and he was posted to 615 Squadron for 14 days, and then joined 605. After a spell at 52 OTU at Debden he joined 611 at Hornchurch. Awarded the DFC in October 1941 he commanded 274 in March 1943, before a spell in Turkey instructing Turkish pilots on Hurricanes.( I have a pic of him in civvies in Turkey at the time). He took command of 74 at Mehrabad on April 1st 1943, the 25th anniversary of the founding of the RAF.( A Flight had moved from Abadan to Shaibah the previous day). Spud flew a newly-rebuilt Hurricane Mk I on Sunday 18th April despite the fact that Shaibah did not work on Sundays! He came up to Teheran to meet we chaps of B Flight on 22nd April, and on 21st May he led 14 aircraft to Heliopolis via H3 and Aqir, and the rest of the Squadron went from Habbaniya to El Daba by Dakota, where we shared LG 106 with 237 (Rhodesia) Squadron. In September he led 9 aircraft to Antimachia on Kos Island in the Dodecanes, with disastrous results as I have related in detail in my article about that ill-fated campaign.

Suffice to say that he escaped with two pilots, a Squadron Leader from Ops and an MT driver. They wandered the hills. and with the help of a shepherd made a raft Spud had farmed in New Zealand and he killed a sheep with his bare hands, which they cooked and started to build the raft. Eventually they escaped to the Turkish coast with the Special Boat Service’s help on 7th October 1943. Squadron Leader C F Frank Bradley ( later a great chum of mine in South Africa as a retired Group Captain with Atlas Aircraft Co) had taken over 74 on its arrival at Peristerona, and flew 4 sorties in Squadron aircraft, but when he learned of Spud’s return he immediately drove to Limassol and picked him up and gave him back his Squadron!

Returned to Egypt we moved from Idku to Palestine, to Idku again, and sent detachments to Cyprus and Cairo West, losing Sgt Gray killed in a Spitfire, and F/Sgt Wilson interned in Turkey after baling out while on a sweep from Cyprus. By April 1944 Spud led the Squadron back to Europe and new Spitfire IXs at North Weald. In May we moved to Lympne and on D-Day carried out uneventful patorls over the invasion fleet. On 1st July Spud led the Squadron against flying bombs and on 3rd it was transferred to 2nd TAF and Tangmere with 134 Wing. In August Spud led them to ALG B8 at Sommervieu. On 30th December 1944 he was posted after 21 months as CO, considerably longer than any other of our wartime COs.

Cuthbert Orde who drew so many of the Few said of him “…tough, steady and a damn good type. He is one of the chaps who make me grin when I meet them”. He will be much missed by those who knew him, including Billy Drake who lives here with me in the Officers’ Association Country Home