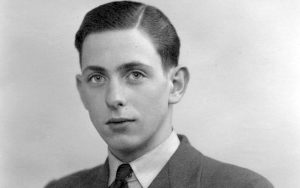 Squadron Leader Harry Baker, who has died aged 93, was a wartime fighter ace, shooting down at least five enemy aircraft from his Spitfire in operations over Dunkirk, during the Battle of Britain, and in the defence of Malta.

He joined No 41 Squadron at Hornchurch, Essex, in September 1940. On September 15, the day of the last large daylight attack on London, when the Luftwaffe sustained its highest losses of the Battle of Britain, Baker shared in the destruction of a Heinkel bomber and damaged a second. Two weeks later he shot down a Messerschmitt Bf 109 south of Dungeness.

In October, Baker was transferred to a Hurricane squadron, and on November 1 — the day after what is recognised as the last day of the Battle of Britain — he shot down another Bf 109 and damaged a second north of Margate. By the end of the month he had accounted for a third Bf 109, shared in the destruction of another and damaged a further two.

Henry Collingham Baker, always known as Harry, was born on May 19 1920 at Clowne, Derbyshire, and educated at King’s College, Taunton. He joined the RAF in 1938 as soon as he was 18, training as a pilot.

He joined No 19 Squadron, the first to be equipped with the Spitfire, and saw his first combat over Dunkirk in May 1940. The squadron went into action on May 26 and was involved in fierce action over the next few days. Flying from Hornchurch, regular patrols were established, engaging with Stuka dive-bombers and their fighter escorts.

On June 1, with the evacuation of the British Expeditionary Force reaching a peak, the squadron took off just after dawn and encountered a large force of enemy fighters two miles from Dunkirk. In the major battle that followed, Baker attacked a Messerschmitt Bf 110 and almost collided with it; but his fire damaged the fighter, which dived away. Within seconds, Baker was subjected to a head-on attack. He fired a burst, leaving the enemy fighter streaming smoke. He then turned to latch on to its tail, fired another burst, and the Bf 110 caught fire and dived into the sea. The squadron succeeded in shooting down nine enemy aircraft in this engagement.

After a period instructing fighter pilots Baker returned to the front line with No 74 Squadron. On May 26 1941 he was flying an intruder mission over northern France when he shot down a Messerschmitt Bf 109. This was his fifth success, making him an “ace” — but surprisingly, unlike the great majority of others who achieved “ace” status, he did not receive a decoration.

In May 1942 Baker left for the Middle East and went on to Malta, where he commanded No 229 Squadron, equipped with Spitfires. During October there was intense fighting over the beleaguered island. On May 12 Baker led eight Spitfires into an attack and damaged a Bf 109. The following day there were further heavy raids by the Axis air forces, and Baker damaged another fighter during an engagement over Kalafrana Bay.

A few days later he was grounded by an attack of malaria. After recovering, he spent the rest of the war ferrying aircraft and as an instructor at a flying school. He left the RAF at the beginning of 1946 as a squadron leader.

For two years Baker worked on a tea estate in Ceylon. In 1948 he left for Peru, where he worked on the Peruvian Central Railway. He returned to Britain in 1953, settling at Grimsby.

Baker then enjoyed a long and successful career in business, holding senior positions in a number of shipping organisations. He was director of Maritime Developments (Grimsby), and also honorary treasurer of the Grimsby Chamber of Commerce.

In November 1972 he was asked to form Nor Cargo by the Nordenfjeldske Steamship Company . He retired as the managing director in December 1984.