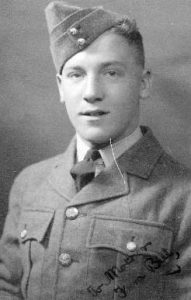 Bill Longman passed away on December 28th 2008 at the age of 89.  Part of Bill’s service career as an airframe fitter was working on Sailor Malan’s aircraft and he was doing so when Sailor was 74’s CO at Hornchurch. Bill also spent time in the USA with Curtis Wright and in Canada for training prior to returning to the UK as an instructor – or so he thought. However this didn’t happen for Bill found himself in North Africa at the time of El Alamein instead. He stayed there for the duration. After demob (by which time he had reached the rank of corporal) Bill joined BOAC and was licensed Cat A for work on Avro Yorks and Handley Page Hermes. He later moved to de Havilland and the old Airspeed works at Somerford near Christchurch. The last aircraft Bill worked on was the Sea Vixen FAW1 and FAW 2.